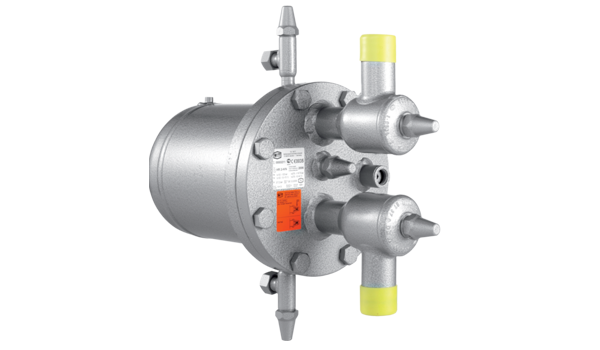 The mechanically operated WITT high-side float regulators help you to save energy while offering a high level of safety without a need for additional electrical cables and controls.

The principle is as simple as it is effective. When the refrigeration capacity increases will the liquid level in the high-side float regulator rise and the refrigerant expands via the entirely mechanical operated float valve orifice opening. Due to this expansion (pressure loss) in the outlet opening there will be a liquid-vapor mixture behind the HP float regulator that is drained back to the surge drum. A high pressure receiver is normally not required.

The continuous expansion of the high-side float valve eliminates pressure fluctuations and flash gas is reduced. Therefore the electrical power consumption of the compressor is reduced as well.